The faint moonlight shone in from the mouth of the cave grew farther away with each reluctant step. I don’t much like the darkness. Darkness is lonely, suffocating. But she didn’t care. The dark-haired girl loves the dark and all of the glorious terrors it hides within.

“I want to turn around,” I timidly spoke,

The dark-haired girl continued to pull my arm…

As I turned my head around in desperate search of any light remaining… then too late. It was gone, not a trace of light, consumed by darkness. Falling water droplets met the damp rocky cave floor, giving birth to ominous little echoes that sounded like they went on for eternity. As we marched deeper, mourning cries of creatures I’d never heard before whispered from the shadows. She pulled and walked faster into the void with a reckless excitement toward the cries, now slowly turning into screams.

“Hear that?” She asked, squeezing my trembling hand.

I know we aren’t being welcomed, we’re being warned. But I didn’t tell her, I want the dark-haired girl to be happy. With a quiet desperation, everything inside of me yearned to tell her the truth, but I remained silent. 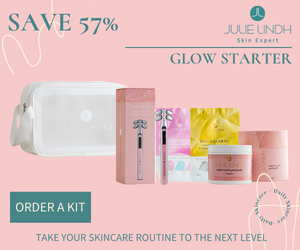 deeper and deeper, into the cavernous abyss. The screams became louder, closer, as I covered my ears, overtaken by the hideous shrieks. Then suddenly, silence. And as it grew, so did my horror. In sheltering my ears from the shrieks, I had unintentionally yanked my hand away from the dark-haired girl. She’s gone. Calling out desperately, I heard nothing, except the silence. It taunted me, as even the drops of water now refused to fall.

Stumbling over rocks, banging my head, I searched desperately for the light. I called out for her, longing to hear her voice, but the silence tortured…

All night long, I fought the silence. I didn’t just use my voice; I screamed with my heart, my soul. But alas, I was no match. Time passed, and as my voice became weary, my calls into the blackness devolved into soulless raspy whispers.

While trudging into nowhere, a spark of life suddenly ignited within me as I saw the light. This night of aimless wandering had led me to the mouth of the cave. Rejoicing, I leaped outside into the green grass and rolled around, basking in the morning light.

The familiar calls of songbirds filled the air with their delicate notes. I lay on my back in exultation, gazing up at the new blue sky, a glorious sight I thought I would never see again.

Without warning, a mysterious figure stood before me, gracefully silhouetted by the rising sun…

I brought my hand to my face, shading my eyes, gazing up, astonished. The dark-haired girl! Only her hair wasn’t dark anymore, it’s light, glowing even.

“B-But how?” I stammered, standing to my feet. “I thought you were lost in the cave forever.”

“The cave?” She asked, surprised. “Why would I go in there? I don’t much like the darkness.”